RUTH DENISON
"Each moment is different,
​ there is a hidden jewel in every one."

Ruth in her Own Words 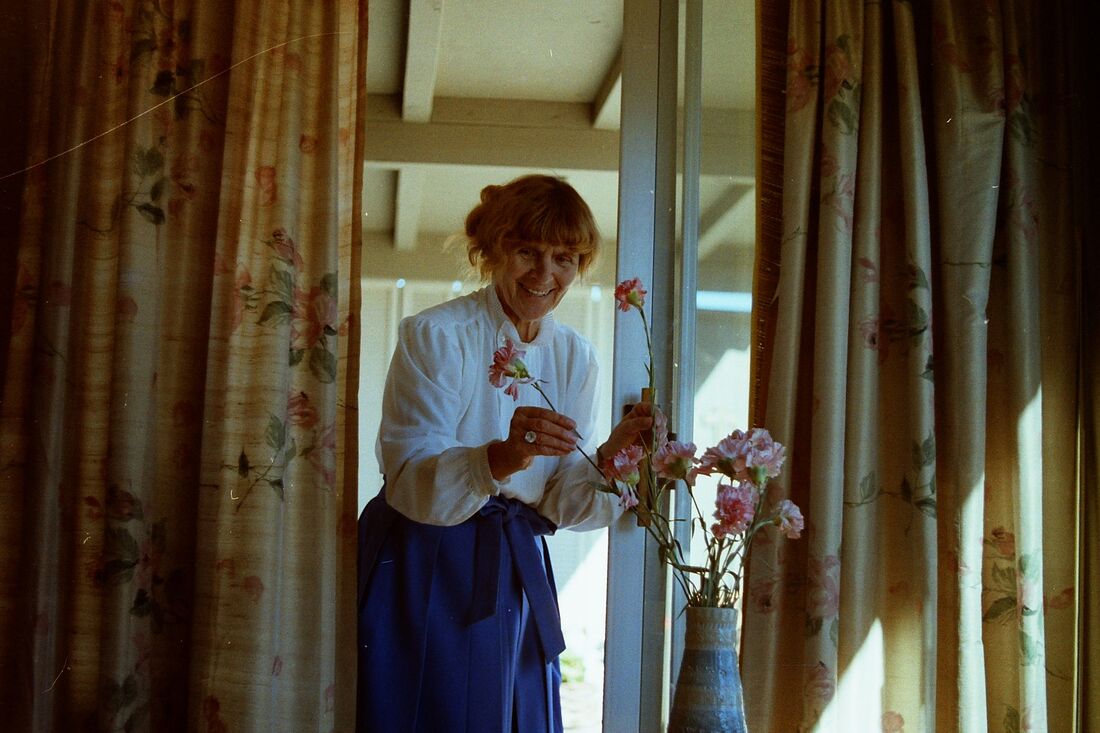 Ruth placing flowers.
How did you manage to survive in such conditions?
In the midst of all this, I found solace in my childhood visitations of saints, and came to understand the meaning of prayer. In it you have an object of concentration (I called it God at the time), and trust is developed. You know you have help and think it comes from outside, but even then I also realized it comes from inside.
Like all other young women in the camp, I was subject to repeated rape; however, I found I had no animosity or anger against these occupying soldiers. I had a tacit sense that I was one individual recipient of a collective karma brought on by my entire country. Although I did not personally contribute to its causation, I realized that as a member of that society I must share in experiencing the consequences.
Perhaps you had some precocious understanding of karma at the time?
I was not in touch with that then, of course. I was unaware of the concept. But I somehow knew that if I did not hate anyone God would save me and somehow make my condition better. And it did happen. I got some form of help wherever I went. Its a wonderment when I think back to these difficulties that I am even here now. 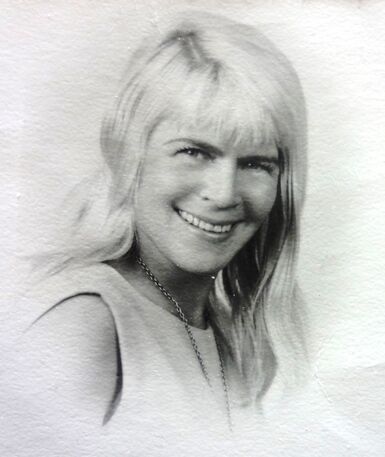 In one camp I was assigned to the household of a Russian officer as a domestic servant. I still wanted to get to Berlin, so I escaped from that camp and hid in the undercarriage of a freight car. At one point I was discovered by a Russian soldier and subsequently found myself peeling potatoes for the Russian occupation forces. At this time I became severely ill and was put into a hospital. One of the doctors was very kind to me, but he had thoughts of marriage. I escaped again by jumping from his carriage on a rainy night, and after more hardship and abuse I reached Berlin.
Later I managed to secure a teaching position in West Berlin. Through a teacher's organization I made contact with teachers in America, and after a time I was fortunate enough to have someone offer to sponsor me if I wished to come to the United States. I settled in Los Angeles, went to college, and through a circle of friends in 1958 met the man who would become my husband.
​Was it through your husband that you got interested in Buddhism?
Before we married my husband had been an ordained Vedanta monk for some years, but had left the temple. He was a friend of Alan Watts and eventually we both became interested in Zen. Our home became a central meeting point for others with similar interests. It was not uncommon to find a Fritz Perls seminar or Lama Govinda at the house.
And how did you wind up in Burma?
In 1960 my husband wanted to experience other approaches to meditation. We spent some time in Japan at Zen monasteries, and then continued on to the Philippines, Hong Kong, Singapore, and eventually Burma. In Burma, we practiced at the Mahasi Sayadaw monastery. I discovered that I had a natural affinity for staying in touch with my body. Even though I suffered from back problems which made sitting extremely painful, I was able to stay in touch with my bodily sensations and began to enjoy ever deeper levels of concentration.
After leaving the Mahasi Sayadaw monastery we went to the meditation center of U Ba Khin, who spoke English and could provide a more comfortable learning situation. He became my teacher. At this time I was experiencing a lot of resistance to being in Burma. I was worried that my husband would become a monk again, and I innocently felt also that I was satisfied with my inner life and I already knew the things U Ba Khin was teaching (I had previously had sensory awareness training with Charlotte Selver.) But I did persevere and my meditation practice with U Ba Khin was a breakthrough experience. U Ba Khin emphasized awareness of bodily sensations. I opened to a deeper level of samádhi [concentration] and to a more correct understanding and comprehension of what was happening in the mind-body system, as well as to the genuine purpose of meditation. 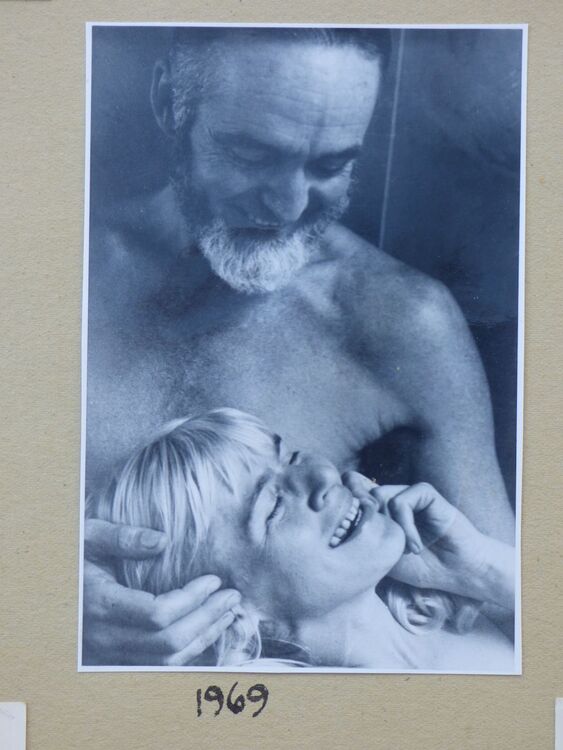 Did you stay long with U Ba Khin?
We stayed about three months (visa restrictions did not allow a longer stay), then we went to India. We stayed at the Ramakrishna temple complex in Calcutta where I enjoyed devotional practice. When we returned to Los Angeles I became very involved with Zen practice as there was no opportunity to carry on vipassana practice; it was, for the most part, unheard of in the West.
In the mid-60's we returned to Japan and stayed a year, training more seriously with Yamada Roshi and Soen Roshi, and also with Yasutani Roshi.
How did Zen practice suit you?
Although the sessions were quite rigorous, I grew to like the discipline they required. I found the concentration on the Mu koan disconcerting. Concentration was very forceful and led to temporary states of separation between me and my body. Soen Roshi encouraged me to return to my vipassana practice. He taught me shikantaza ["just sitting"] practice, which balanced my energy and healed my condition.
When I then returned to Los Angeles a rich period of spiritual practice began. I kept in close touch with Maezumi Roshi's Zen Center, and with Sasaki Roshi who was starting a zendo. I offered my house for fund raising benefits to build those zendos and also as a place for spiritual teachers to hold darshans, pujas, and lectures. I found myself often in the role of cook and hostess. My living room became a great birthplace for spiritual investigation.
And what about vipassana?
I continued with my vipassana practice during the hours of sitting in the Zen Centers. I returned to Burma three or four times after my initial practice with U Ba Khin, but could only stay for short periods. Once I stayed for six days and that was a deepening experience for me. My teacher died in 1971.
Did you ever get some formal transmission from him?
Yes. U Ba Khin had founded an international meditation center. At the time I was there, he gave transmission to teach to only four or five Westerners, and of those, to only one woman. I was that woman. He wrote me a letter as a formal document for receiving the seal of Dharma to teach. I remember him touching the tip of my nose as I was leaving and saying, "May this be your best friend."
At that time I didn't really know how to acknowledge the transmission. I felt I needed more training. U Ba Khin encouraged me to proceed and told me not to worry, that I was "a natural," and that the practice would guide me.
And so you started teaching...
In the early 70's I was in Switzerland, attending a Krishnamurti seminar. While there I got a message from Robert Hover, who had also been given transmission by U Ba Khin, inviting me to teach a retreat with him in Frankfurt. I subsequently was asked to teach in France, England, and Switzerland. Then I did a number of courses all over Europe, from Spain to Norway and Sweden. For the next four years, I was on the road teaching non-stop. Looking back I realize that I started vipassana in all those countries, and really did the ground breaking for all that followed.
​ 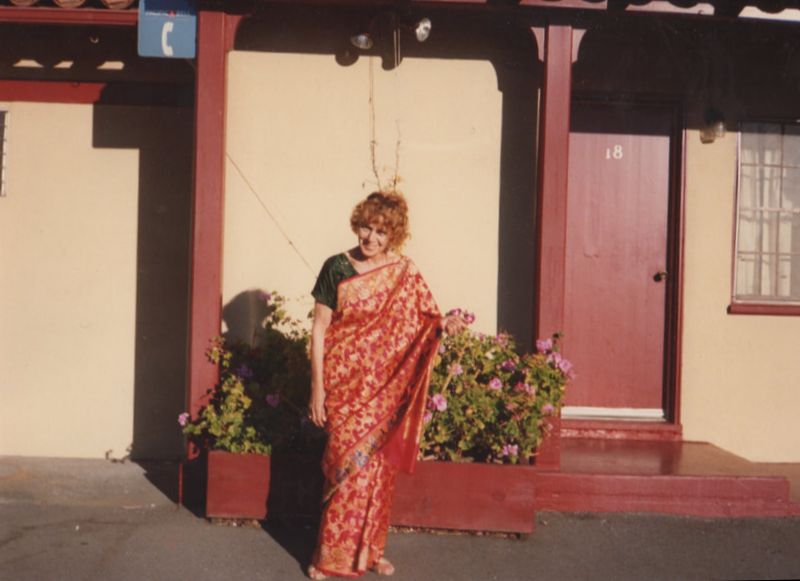 
The article above originally appeared in the Spring 1977 issue of Insight Magazine. 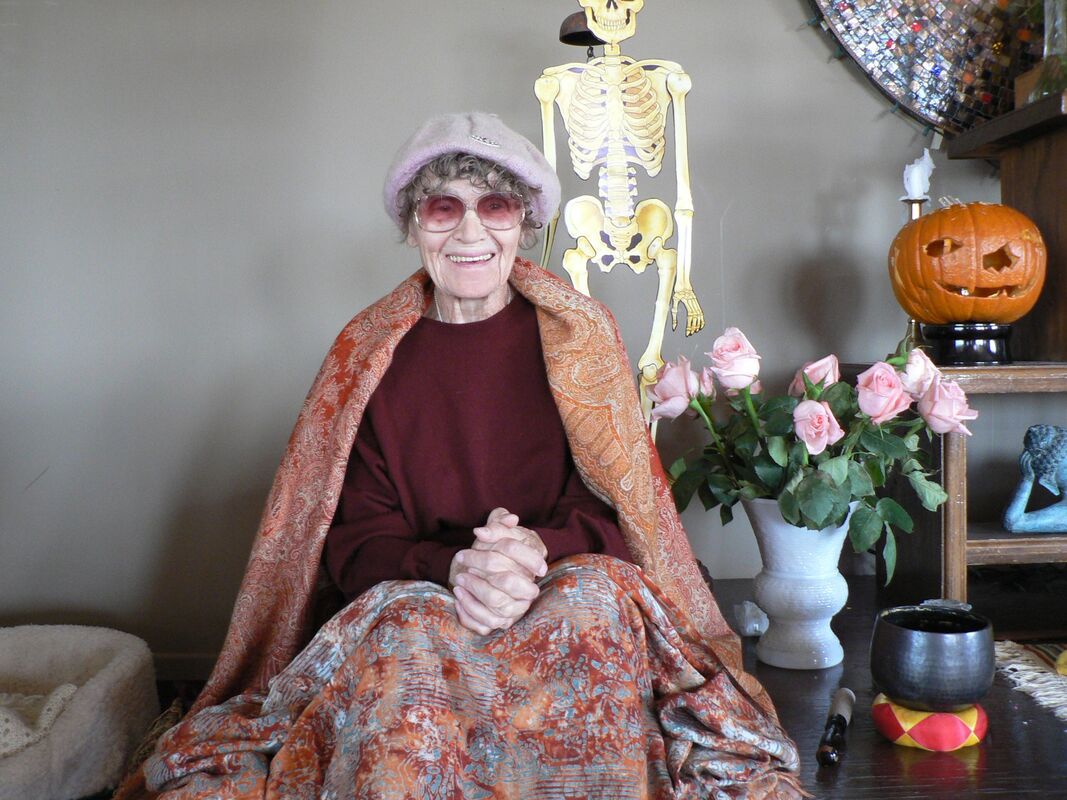